This purpose of this letter is to provide you with our written consent to help raise funds on behalf of our Ensemble. As you already know this past April the Government of China officially invited The Boys and Girls Choir of Harlem Alumni Ensemble to perform at its China Shanghai International Arts Festival in October 2009.  The Ensemble believes this to be a true honor and in an effort to make this trip we are reaching out to our friends and supporters to help us raise the necessary funds in order to travel to this event and represent the United States of America. 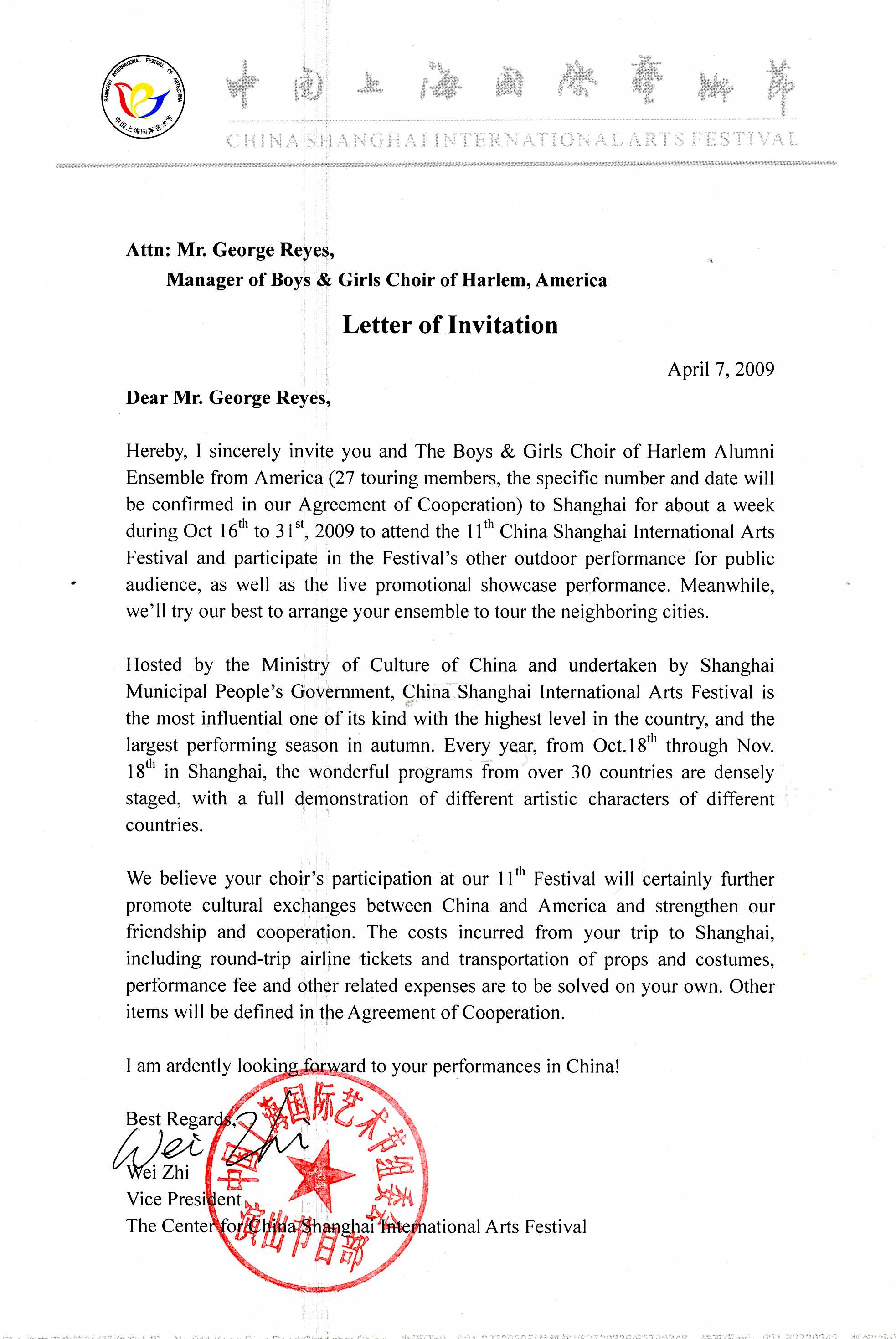 The Boys and Girls Choir of Harlem Alumni Choir

The Boys and Girls Choir of Harlem Alumni Choir (The Alumni Ensemble), created February 2007 under the direction of Terrance Wright, is a natural offspring of The Boys & Girls Choir of Harlem Alumni Association Inc., The Alumni Ensemble is an artistically driven organization dedicated to providing its audience with a broad-based entertainment experience.

Through their training with the Boys Choir of Harlem, Inc. under the direction of the late Dr. Walter Turnbull, members of The Alumni Ensemble- ages 17 and up- are experienced, successful professionals, and ambassadors of the world.

The alumni choir features a variety of vocal styles ranging from classical, gospel, spiritual, jazz, and R&B. The ensemble is unique for its’ flexibility in offering mixed (male/female) as well as all male and all female choirs, with groups consisting of 10 to 40 singers. The Ensemble’s performances  in 2007 has included performances for the PGA at their Players Championship Gala, MTV Band in The Bubble reality show and a televised concert  on WYNC PBS which will air on  Jan. 3rd, 2008  featuring The Ensemble along with the YMCA youth orchestra, just to name a few. In 2008 the Alumni Ensemble performed with Natasha Bedingfield on the Today Show’s summer concert series as well as recorded with Yankee great Bernie Williams on his second CD for reform records and performed on Good Morning America for President Obama’s Inauguration. 2009 promises to be even more impressive with the Ensemble being chosen to open the season at Saratoga Performing Arts Center as well as being the only choir invited to represent the United State at the China Shanghai International Arts Festival.